In today’s Pulp Appeal, I talk briefly about Erle Stanley Gardner, the creator of Perry Mason. 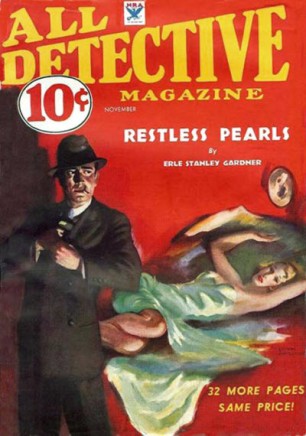 You can’t read pulp fiction, particularly gumshoe detective stories, without stumbling across Erle Stanley Gardner. The guy was such a prolific writer that the eighty, yes EIGHTY, novels he wrote featuring his most famous character, Perry Mason, don’t even account for half of his total bibliography. Holy crap.

Perry Mason is one of the most iconic lawyers in American pop culture. Fun fact: Ozzy Osbourne has a heavy metal song about the character. Before the original tv series run in the 1950s–60s, there were no filmed legal dramas. Of course, you say, because it was the 1950s and there were few tv shows. Yes, but nearly every trope of every legal drama that has come since was copied from the show and the novels upon which it was based. Perry Mason wasn’t just an iconic television legal drama; it was THE archetype for everything from Columbo to Law & Order

This entry was posted on May 22, 2017 by Cameron Mount. It was filed under Nonfiction .